Home About Us Benefits Buy Pens News Contact Us

when buying your pens and receive 10% off

when buying your pens and receive 10% off 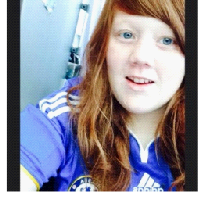 A touch of the write stuff about Amy’s pen

Left-handed writers often end up with their arms in an awkward position as they put pen to paper, smudging their writing as they move across the page.

But now, two west inventors, who have first-hand knowledge of this problem, have designed a left-handed pen to help the one in six people in the world who are left-handed.

Mike Deacon and Tony Hemmings from Yate, Bristol, have invented the Swanneck pen, which has been specifically designed to make writing simple and smooth for all left-handers.

Their dream is now to get the Swanneck pen into all primary and secondary school education,

Mr Hemmings said “Amy was very excited about going to school but over time she found that writing was difficult and she was slower than other children,

“Some of the pupils even made fun of the way she held the pen in her fist, “Consequently,

Amy started to become more withdrawn and very unhappy when she was bullied.”

So Mr Hemmings set about finding a solution for Amy and spent several weeks in his workshop bending and melting ordinary pens, to try to find just the right angle for the nib and grip,

When they finally hit upon a suitable prototype, a friend, Dillon Sansom, produced a sample which they gave to Amy to try, and they were amazed at her response. 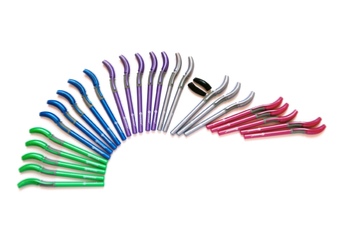 Mr Deacon said: “We put the pen in front of Amy and she immediately picked it up and started writing easily and comfortably, as if she had never had an issue.

“It was a miracle for us and a very emotional time for everyone. “

Amy, now at college, she uses her Swanneck pen all the time and loves going to her lessons.

Mr Hemmings and his wife Heather were keen to make the Swanneck pen available to others and the Swanneck pens, produced by the inventors’ are now in full production and are available on Amazon EU and USA  also EBay around the world we also sale on our website www.swanneckpen.com